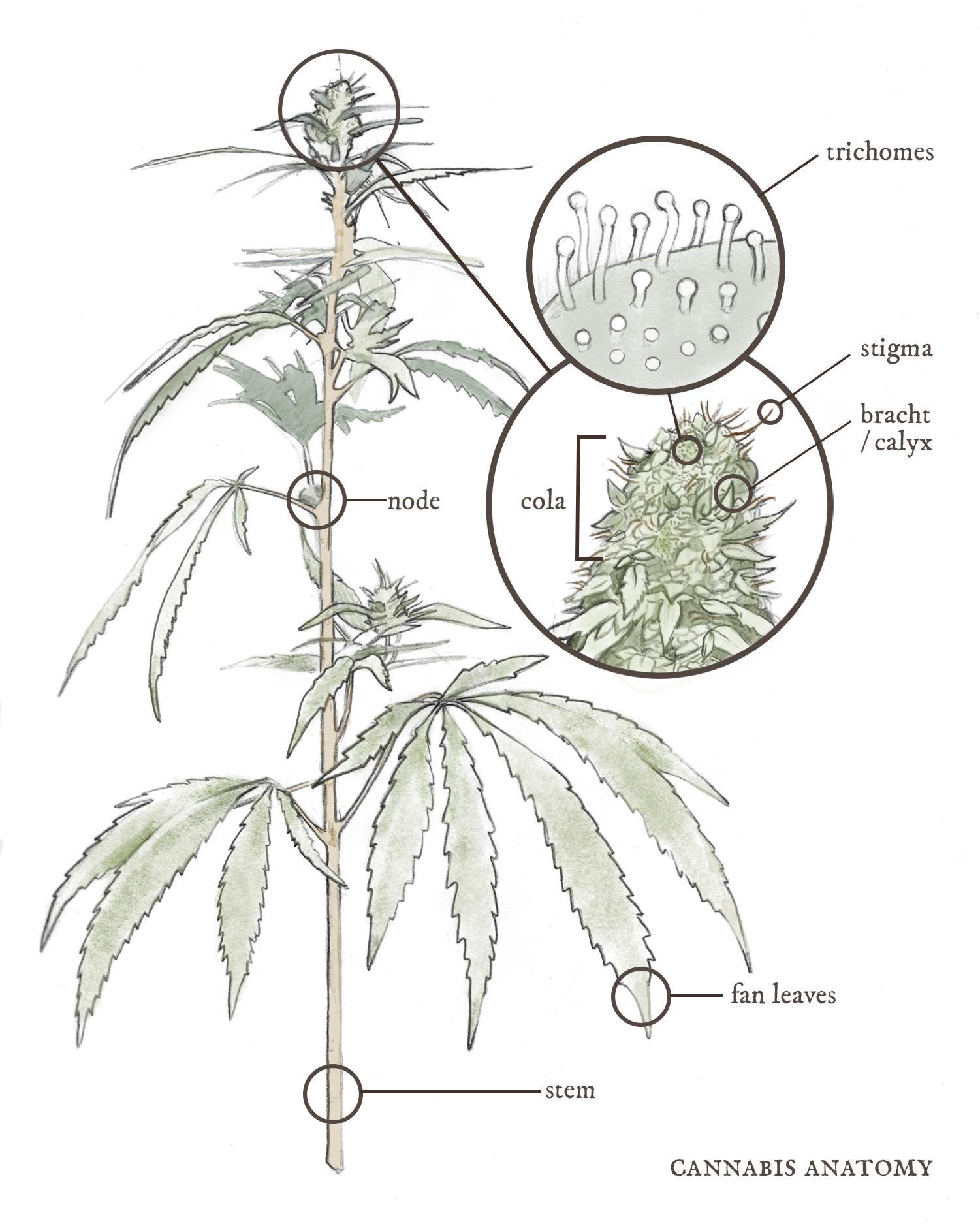 At first glance, the cannabis plant is a sight to behold. Upon further investigation, the bright colors and beautiful textures give way to an intricate network of fascinating components which collaborate to compose the miraculous plant. The cannabis plant is incredibly complex, and each piece of its physiology plays an integral role in creating its healing properties and psychoactive experiences.

Though there are distinct differences between the male and female cannabis plants, it is the feminine breed which flowers cannabis for consumption and processing once it is pollenated by the male plant. Indica and Sativa are the two main breeds of cannabis, each with differing effects, but we'll delve into these differences in the next article of this series. There are six main components of the female cannabis plant which are found in both Indica and Sativa plants: 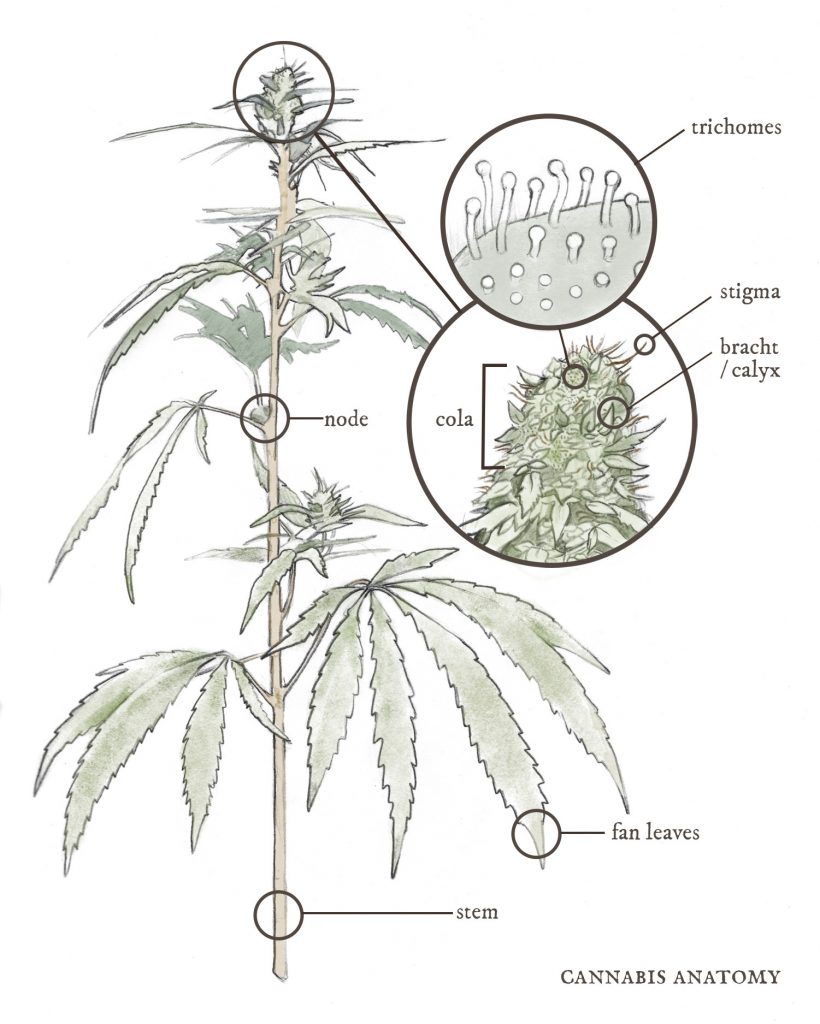 The stem of a cannabis plant, like that of any plant, runs through the center and is the starting point for each branch, leaf, and flower. Smaller, thin stems extend from the main stem at points called nodes and produce the famous fan leaves.

The cola is the point at which the flowers, or ‘buds,' merge at the plant’s tip and grow tightly together. Also known as the ‘terminal bud,’ the size of the cola can be manipulated during the growing process using a multitude of techniques in an effort to increase the final quantity of usable flower. Although there are several smaller colas which typically grow at other nodes along the stem, the terminal bud is the main cola.

The bract encapsulates the reproductive sections of the female flower. Underneath the tiny leaves of the cola, called ‘sugar leaves,’ a keen observer will find the tear-shaped nodules which form the bract. They come in various shapes, colors, and sizes. Bracts contain high concentrations of trichomes: glands which secrete cannabinoids such as THC. Though often confused with bracts, the calyx is a translucent layer at the flower’s base and is not visible to the naked eye.

In order to collect pollen from the male plants, the female plant sprouts vibrant orange hair-like strands, called stigmas, from pistils. Stigmas start out white, but progressively darken to amber and brown as the plant matures. Though they play an integral role in the reproduction process, stigmas have little effect on the potency of the plant, but they do greatly enhance the visual appeal.

The translucent crystal resin which coats the cannabis bud is referred to as trichomes. This resin is secreted by mushroom-shaped glands, which cover the leaves, stems, and bracts. Commonly known as ‘kief’ once dry, trichomes were developed naturally to protect the plant against environmental threats such as predators and weather. Clear and bulbous, trichomes are rich in cannabinoids and exude aromatic oils known as terpenes. Terpenes are responsible for the therapeutic effects of cannabis.

Cannabis is a mystifying plant, but with careful study, we can better understand its immense potential. Our team at National Holistic is happy to help you treat your ailments with the proper strains and products.