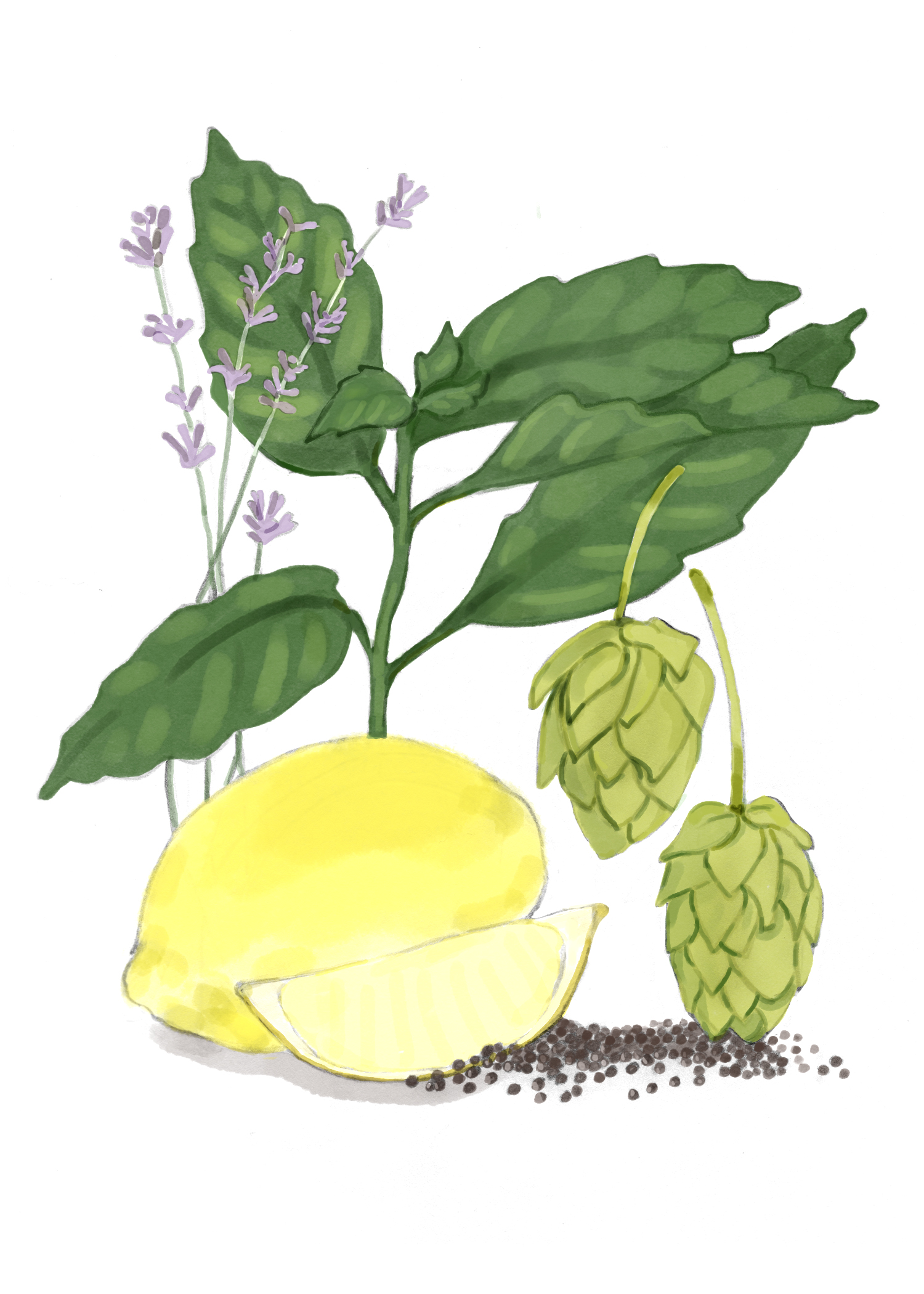 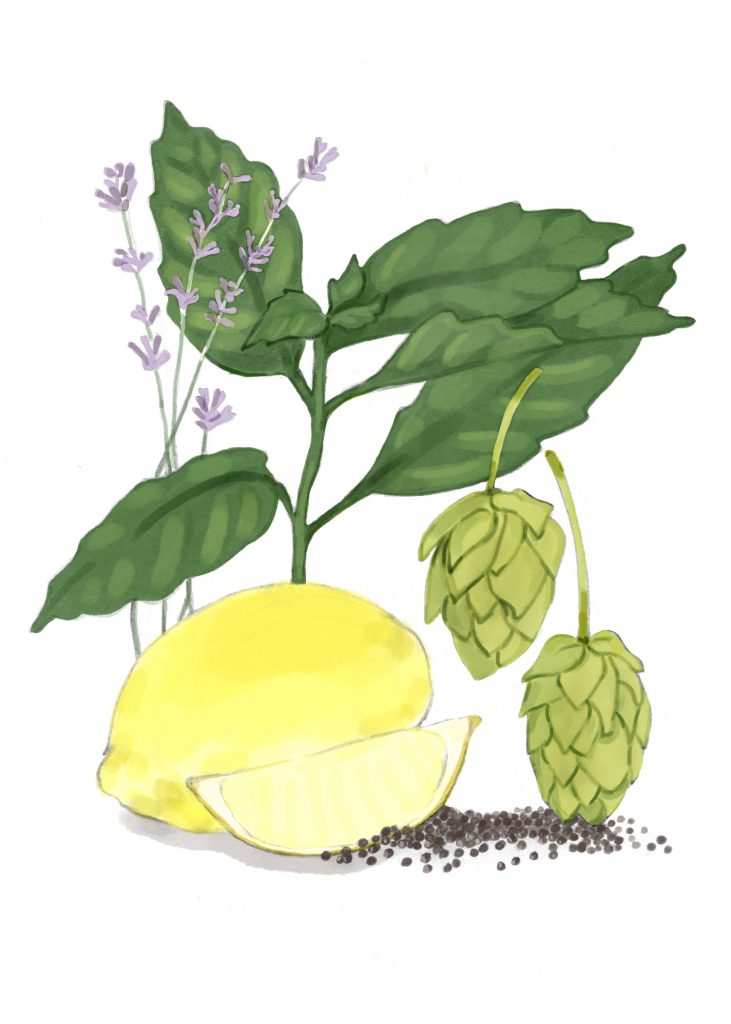 In Parts 1 and 2 of our Plant Series, we discussed the plant's physiology and main differences in Indica and Sativa strains. Terpenes, which are found in the essential oils of most plants, largely determine the effects of the plant upon consumption. Cannabis is no exception, and almost all strains produced today are clearly marked with their terpene contents. Understanding terpenes and their content levels in your medicine is key to achieving the desired effects and controlling your treatment.

Modern research indicates that one should choose their optimal strain based on terpenes, rather than choosing between Indica or Sativa strains, as the effects of either can vary greatly. Below, we review several, but not all, of the terpenes commonly found in cannabis: Myrcene, Caryophyllene, Linalool, Pinene, Humulene, and Limonene. Each of these terpenes has played a unique role in the healing process of our clients. 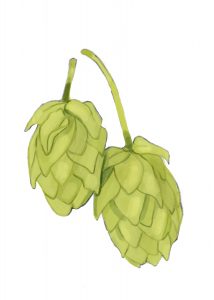 Myrcene is the most abundant terpene in cannabis, found primarily in Indica strains. Well-known for its antiseptic and anti-inflammatory properties, it is also found in mango, thyme, lemongrass, and hops. A female patient at NHHC sought aid from us for her debilitating monthly menstrual cramps and pain attributed to her endometriosis. With some help from the Myrcene-rich strain Blue Cheese, the patient found that her pain and inflammation was relieved. Additionally, Myrcene has a sedating effect while enhancing THC psychoactivity, which means that strains high in Myrcene are a great choice for exploring your creativity without being distracted by pain. 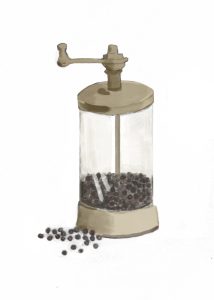 Caryophyllene is a powerhouse terpene, often used in topicals and salves. Hailed for its abilities to reduce alcohol cravings as well as its anti-cancer functions, it is found in spices such as black pepper, cloves, and cinnamon, and herbs such as oregano, basil, hops, and rosemary. Strains high in Caryophyllene are often hybrids — OG Kush, Bubba Kush, and Chemdawg are top-picks for treating medical ailments due to their anti-inflammatory and analgesic properties. On of our male patients once visited National Holistic looking to treat muscle and joint pain associated with his sciatic nerve issues. By recommending tinctures with a high concentration of Caryophyllene, we were able to provide long-lasting daytime relief without affecting his mental state. 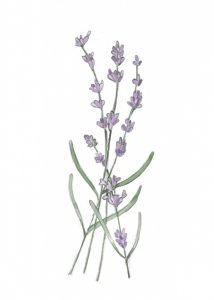 Linalool occurs naturally in many plants, such as lavender and laurel, and is widely used in the cosmetics industry. Plants with Linalool smell of pepper and spice and have been used for stress reduction for thousands of years. This terpene also possesses anti-anxiety and anti-depressant properties. Amnesia Haze, a sativa strain with high Linalool content was recommended for a middle-aged patient struggling with insomnia and daily anxiety. An Indica strain, LA Confidential was also used in conjunction with the Amnesia Haze to help her get a good night's sleep. 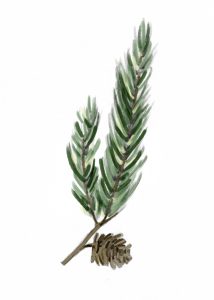 Sweet aromas of pine waft from any bud containing high concentrations of Pinene, a terpene found in pine needles, conifers, and sage. A smart choice for the forgetful or perpetually distracted patient, pinene-heavy strains promote memory retention and alertness. Additionally, runners, athletes, and patients with asthma are in luck, as Pinene is a bronchodilator which enhances lung function. As if those effects are not sufficient, Pinene is also a mood stabilizer —  we once used the strains Pinetrak and Pincher’s Creek to help a woman struggling with bi-polar disorder. She now uses only medical cannabis to treat her disorder and has dropped pharmaceuticals entirely, while seeing major improvements in her ability to be happy and in control of her state of mind. Other strains with high Pinene content include Jack Herer, Dutch Treat, and Blue Dream. 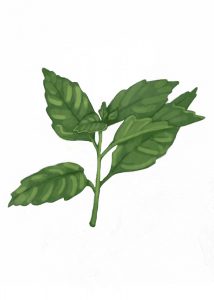 Humulene is a terpene that is present in most Sativa strains and is responsible for the earthy, woody aroma of a wide array of popular strains. An appetite suppressant, this terpene is a great fit for the everyday cannabis consumer who refuses to fall prey to munchies. Girl Scout Cookies, a strain dense with Humulene, aided a 35-year-old yoga teacher seeking a strain that would allow her to maintain her energy for multiple daily lessons, but not cause the munchies that would interfere with her diet. Strains with high Humulene content are often Sativa-dominant hybrids, such as White Widow, Girl Scout Cookies, and Headband, and are all known for their antibacterial and anti-tumorous effects. 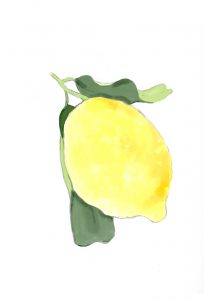 If you have ever smelled a citrus-scented bud, you have encountered Limonene, one of the most predominant terpenes found in cannabis. Found in citrus rinds, juniper, and peppermint, Limonene promotes stress relief and elevates the mood of those who consume it, especially when combined with Pinene. Medicinally, limonene is an anti-depressant, anti-anxiety, anti-fungal, and can aid those who suffer from gastric reflux. We once helped a teenage patient who was struggling in high-school due to her severe depression. She now maintains a 4.0 GPA, is more social, and is active in athletic activities. Strains high in limonene include Trainwreck, Lemon Skunk, Lemon Cookies, and Goji OG.

Each person reacts differently to various strains, products and terpenes. While this blog references many successful case studies, we do not recommend that you treat your ailments without first speaking to a physician or knowledgeable dispensary agent. When you come to National Holistic, my team will leverage our intimate knowledge of terpenes to help you find the best strain for your needs!