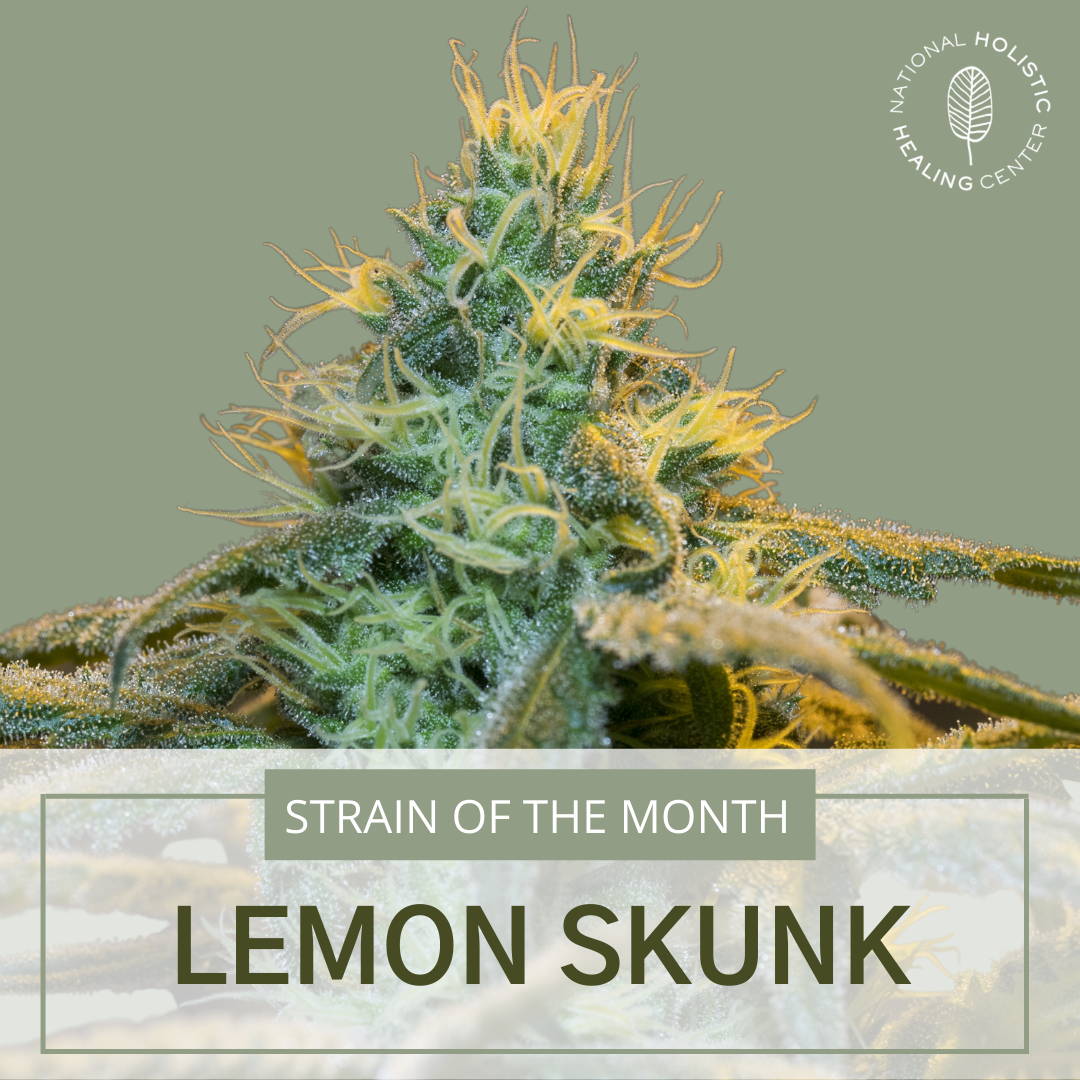 The award-winning sativa-dominant hybrid strain, Lemon Skunk, is known for its potent, powerful, lemony taste and a smell that has skunky undertones. Its buds often contain patches of yellow or golden oranges, surrounded by medium-green leaves.

Born of Citrus Skunk and Skunk #1 genetics, this strain’s THC level average between 14-15% and has been tested to be as high as 22%. Its high is described by users to induce cerebral activity, producing increased creativity while lifting the spirits into a happy and energetic buzz.

Many reviewers have described their Lemon Skunk high as a complex state of introspection, evoking thought, and increasing ingenuity, while lasting a long time. Many say the indica aspects of the strain do tend to kick in after one to two hours, leaving the consumer slightly sleepy as the cerebral effects wear off. Common side-effects noted by users, besides dry mouth and eyes, are paranoia or anxiety if consumed in excess.